She bought an ancient French villa to create Yellow Chair within it, which implies that Vietnamese coffee is truly premium in the world.

We meant to do that so foreign customers can come and enjoy premium coffee but also for Vietnamese customers to enjoy the fruits of our own local resources. Vietnam is among the 26 countries in the world that can grow coffee. Almost 196 countries drink coffee so the potential of coffee exporting is a lot. But why Vietnamese coffee is always at the bottom of quality rankings, while it is very delicious.

There have been a lot of surveys of scientists from all over the world to study the lands to grow coffee in Vietnam, all of them are astonished by the rare quality of Vietnam coffee lands such as Buon Ma Thuot, Lam Dong, where there are top-quality types of coffee in the world. In general, from the lands to grow coffee to the final products are part of an ancient culture, I feel that it is not fair for VIetnamese coffee. This has given me incentives to bring out the true value of the coffee beans. Having the conditions to invest at hand, I decided to do so.

You were very successful with Mr.Kim’s kimchi brand, with an annual income of up to 120 billions vnd, why did you quit to work in coffee industry, where there are currently many competitions?

As a matter of fact, my family grew coffee in the 1960s in Buon Ma Thuot. After I figured out why Vietnamese coffee’s ranking is low, I returned to my father’s farm and noticed that the farmers here instead of selective picking the ripen cherries, they strip picked a whole branch and then dry with the wrong technics. This makes Vietnamese coffee uncompetitive in world markets.

You reminded me of “my child” back in the days. Today is 20 October, this day 15 years ago I met a Korean man named Kim, he really loved Vietnam. I was in my last year at the university. He interviewed me and invited me to work for his firm in Vietnam. I noticed that Korean always bring a box of kimchi to eat. I joined his group so we often shared meals, we would fight for the kimchi all the time.

I wondered “If Korean people eat kimchi and still they are healthy, what if they don’t, would they be weaker than usual?” I realised after asking him how to make kimchi that in one jar of kimchi, there are more than types of vegetables pickled, but mostly cabbage and hot chili (without seeds). I thought of sharing this with Vietnamese women. I told him: “Let me try to make kimchi, but please help me to see if it’s good or bad”. Then I got down to work incessantly, nights after nights, until one day I asked to resign to make kimchi and sell, he said: “Do you seriously want to quit your job at the firm  to make and sell kimchi?”

That being said, he was the only man who helped me to buy the vegetables and make kimchi every night. Then we became family, I think this must be fate. And I think that’s why we made a success with Mr.Kim’s kimchi brand, however, that was only the beginning stage. There was the time when I had to sell house and car because we were making a loss. There was one motorbike left which I used to help him deliver the kimchi,... The main reason we decided to sell the brand because I thought it would need a even bigger environment to develop and grow stronger.

Do you mean: If businessmen want to show responsibilities with the nation, they have to think about the community?

Mr.Kim talked to me one time: Vietnamese coffee is amazing but Vietnamese people like to drink it 3B: black, bold, and bitter. But true coffee is not like that, it only has a slight taste of bitterness with aftersweet, it smells of fruits and has a soft brown color.

Since Vietnamese is used to drinking bitter coffee so it is hard to familiarise themselves with a non-bitter taste.

Mr.Kim said: “In the food industry, including coffee, if we want to sell food to people, first of all  make sure that you are able to consume those products first, that is also the core of doing business - a kind heart. We did our research and found out that Vietnam is the largest exporting country of Robusta coffee in the world, we also have sufficient ingredients and excellent researchers in coffee to compete with the world. Therefore we are determined to focus all of our efforts into creating a best taste of Vietnamese coffee to introduce to the world. I assume that it is our responsibility with the community, and for that we do not only talk that talk but actually walk that walk, we only make premium coffee. The other segments are already occupied and well-done. When the community drinks our coffee and gives recognitions for its quality, we consider ourselves to have complete our task.

It is only nature that we expand our business. In the future, we will establish some premium coffee houses in Dubai, America, Japan and even more in Saigon. Our duty is to maintain the high quality of our coffee drinks, to train more professional baristas with knowledge of Vietnamese coffee. In the end, what we are trying to achieve is giving back Vietnamese coffee its true value, a precious local resource of our nation.

After 10 years of hard work to build and create the famous Mr.Kim’s kimchi brand that fascinates Korean food lovers, this brand was recently transferred to the CJ corporation.

“This parting, according to Ms.Nguyen Thi Kim Hanh - CEO of Kim&Kim company that owns Mr.Kim’s kimchi brand, is considered as marriage of a mature daughter into a suitable, appropriate family”.

“After the first child marriage comes the the birth of the second one and I have to nourish it with all my efforts. That is building a specialty coffee brand.”, Ms.Hanh shared her thoughts in a livestream on BSA cafe - a talk with Vietnamese businessmen on 20/10.

Mr.Kim Tae Kon (Ms.Nguyen Thi Kim Hanh’s husband) is a Korean who came to Vietnam to do business in Internet and media,... As a Korean himself, he brings kimchi with him to eat wherever he goes. His Vietnamese employees were shared with this dish, they thought that this is a delicious dish, including Ms.Kim Hanh who was one of his employees at that time.

While he was not making any profit from his main job, Ms.Hanh encouraged him to try selling kimchi as an alternative source of income.

She said that in 2004, she went to hundreds of traditional markets where she was trying to sell kimchi with the idea that it would replace pickles.

“On the 22nd of December (Lunar Calendar), I hired 5 people to sell kimchi at markets, small retailers came to buy but they stashed the kimchi because they thought it was a new brand so there would be discounts along with other benefits.

5 days later, she realised this was not going to work, so she decided to go for the MT channel.

On the 30th of December (Lunar Calendar), Ms. Hanh was knocking on the doors of supermarkets trying to find the way to let in the products, she was in a hurry because there were up to 5 tons of kimchi in the storage at the time.

“But I told everyone to throw them away and remake another 50 kg of kimchi. This was due to the different temperature compared to Korea, in Vietnam is hotter so even though stored in freezer, the quality was not up to standards. 5 tons of kimchi were my very big asset then,” Ms.Hanh said.

Then this 50 kg of kimchi was successfully accepted in Maximark supermarket on 3/2 street, after that the Co.opmart supermarket.

Up to this point, Mr.Kim’s kimchi brand is available at almost every chain of supermarkets and retailers all over 42 cities and provinces of Vietnam.

“In Vietnam, only a few are doing this so I want to use Vietnamese coffee to produce specialty coffee since this is a classy coffee market”, she said.

Giving explanations on her choice of specialty coffee, she said that we often wants coffee from nature, especially CEOs - classy people who need their own coffee, and that is specialty coffee - a luxury coffee drink.

“We are accomplishing our teams and humans to open more shops in Saigon”. 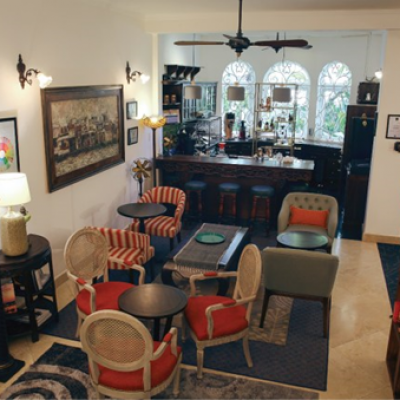 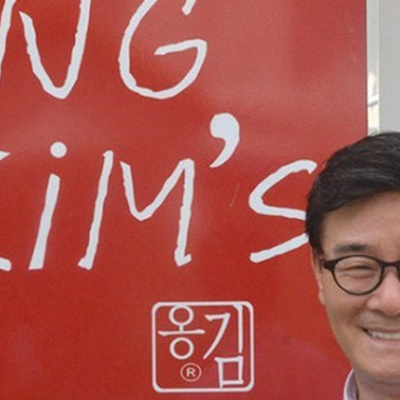 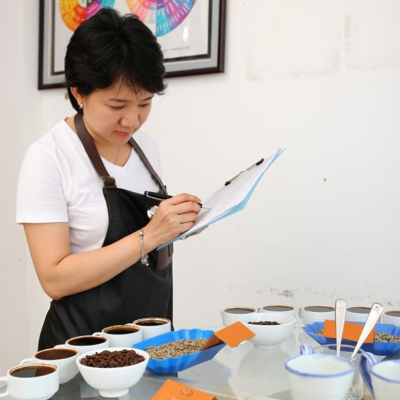